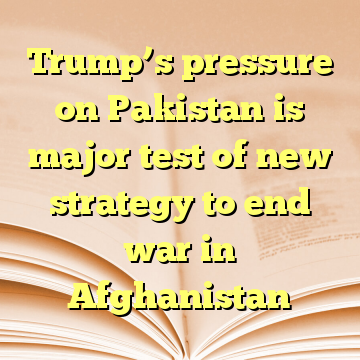 (Worthy News) – The Trump administration’s strategy for ending the war in Afghanistan and defeating terror groups in the region faces its first major test in its confrontation with Pakistan.

In a tweet this week, President Trump said Pakistan’s government has played the United States for “fools” and received nothing but “lies & deceit” in return for $33 billion in aid over the last 15 years.

On Thursday the administration said it was suspending security assistance to Pakistan, including $255 million in military aid this year. [ Source: USA Today (Read More…) ]