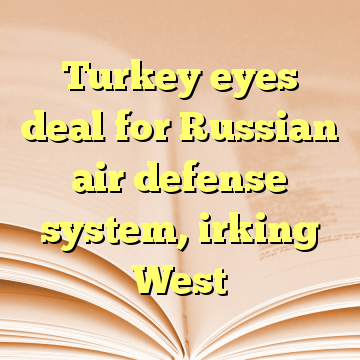 (Worthy News) – Turkey and Russia are inching toward an accord for the first major Turkish weapons purchase from Moscow, troubling Ankara’s allies in NATO even though the deal may not ultimately materialize.

According to Turkish and Russian officials, all preparations have been made for the purchase of a sophisticated S-400 missile defense system, Ankara’s most significant accord with a non-NATO supplier.

But despite confident proclamations, the deal has yet to be officially inked. [ Source (Read More…) ]