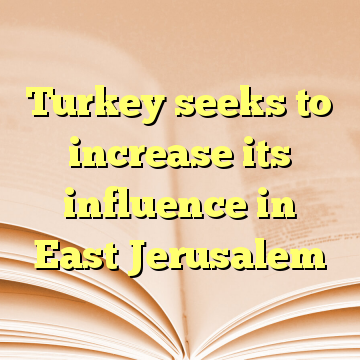 (Worthy News) – Since the US recognized Jerusalem as Israel’s capital last month, Turkey’s President Recep Tayyip Erdoğan has become the leading voice of the Arab and Islamic opposition to the move. His country even hosted a special meeting of the Organization of Islamic Cooperation (OIC), during which he called Israel a “terror state” and threatened to cut its diplomatic ties with it.

While Erdoğan’s threats haven’t yet been fulfilled, his new status as the leader of the protest is certainly being felt in the region. Last Friday, thousands of worshippers who gathered for the prayers on Temple Mount chanted Erdoğan’s name and held up Turkish flags.