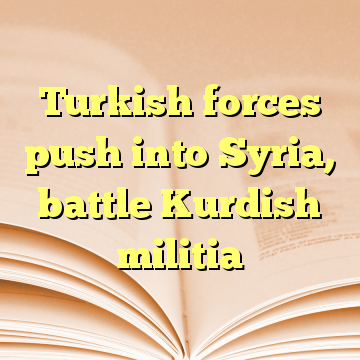 Amid US calls for restraint, Turkish artillery pounded YPG positions, while rockets fired from inside Syria slammed into two Turkish border towns, wounding dozens, according to the local governor’s office and a witness.

Turkey began its push to clear YPG fighters from a northwestern enclave of Syria on Saturday when it launched artillery and air strikes against their positions in Afrin in what it called “Operation Olive Branch”. [ Source: CNA (Read More…) ]