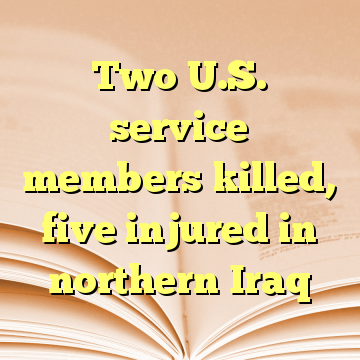 (Worthy News) – Two U.S. service members were killed and five injured during combat operations in northern Iraq on Sunday, the military said, adding that initial reports indicated the incident was not due to enemy contact.

In a statement the military said the incident was under investigation. The service members were part of a U.S.-led coalition fighting the Islamic State in Iraq.