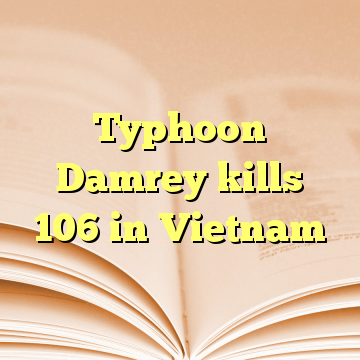 As of Wednesday, 106 people were known to have died because of the year’s 12th major storm, which struck on Saturday, leaving 25 missing and 197 injured, the country’s search and rescue committee said. [ Source: Jerusalem Post (Read More…) ]