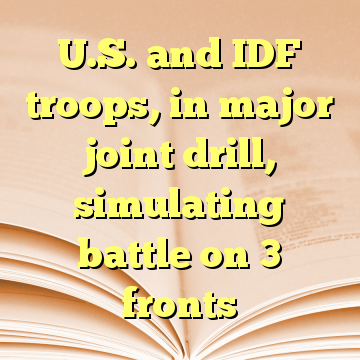 In the two years since the last Juniper Cobra exercise, Israel’s enemies have changed. And while 2017 was a relatively quiet year for Israel, the IDF’s Aerial Defense Division successfully intercepted drones in the North, as well as rockets fired from the Gaza Strip and Egypt’s Sinai Peninsula.

The environment in which Israel find itself is “explosive,” said Brig.-Gen Zvika Haimovitch, head of the Aerial Defense Division, adding that “at the beginning of the next war the enemy will use more fire in the opening barrage.” [ Source: Jerusalem Post (Read More…) ]