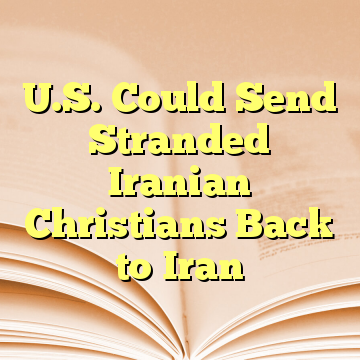 (Worthy News) – The U.S. government could send 100 mostly Christian Iranians stranded in Austria back to Iran this week, where they would face harsh persecution by Iran’s Islamic government.

“The administration needs to act fast to stop this travesty,” said Nina Shea of the Hudson Institute’s Center for Religious Freedom to the Washington Free Beacon.

Shea said the U.S. government could give the refugees notices denying them entry to the U.S. as early as this week. That would force Austria to send them back to Iran. [ Source: CBN News (Read More…) ]