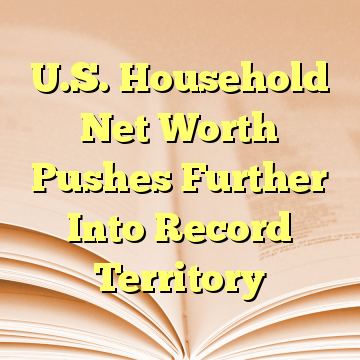 Household net worth—the value of all assets such as stocks and real estate minus liabilities like mortgage and credit-card debt—rose more than $2 trillion last quarter to a record $98.746 trillion.