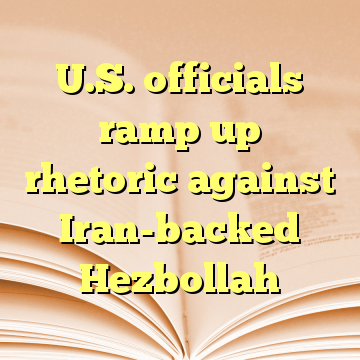 (Worthy News) – U.S. officials elevated their public condemnation of Hezbollah on Tuesday, adding two of the Iran-backed terror group’s top operatives to a special State Department most-wanted list and asserting that all of the group’s factions — even those holding political office in Lebanon — are part of the same terrorist operation.

“Make no mistake, Hezbollah has no political wing. It is a single organization, a terrorist organization and it is rotten to it’s core,” State Department Counterterrorism Coordinator Nathan Sales told reporters in a briefing that dovetailed with an ongoing Trump administration push to announce a more hawkish U.S. posture toward Iran.