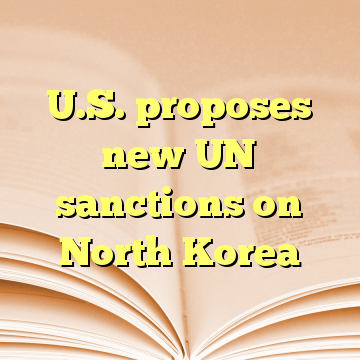 Haley told some UN diplomats late last week of the ambitious timeline for a UN response to North Korea’s launch of a missile that some experts believe could have the range to reach Alaska, and parts of the U.S. West Coast.

Haley also warned that the U.S. is prepared to defend itself from the North Korean threat, saying, “One of our capabilities lies with our considerable military forces. We will use them if we must, but we prefer not to have to go in that direction.” [ Source: Arutz Sheva ]