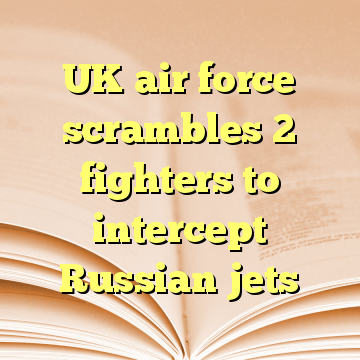 The RAF confirmed that it sent Typhoon aircraft from the Lossiemouth base in Scotland on a “quick reaction alert” as two Tupolev Tu-160 Blackjack bombers approached Britain.

“The Russian aircraft were initially monitored by a variety of friendly nation fighters and subsequently intercepted by the RAF in the North Sea,” the air force said. “At no point did the Russian aircraft enter sovereign U.K. airspace.” [ Source: Washington Times (Read More…) ]