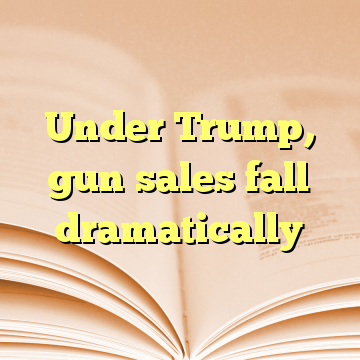 With President Trump now firmly in office, the fear of new federal controls that could restrict ownership has faded, said Alan Gottlieb, chairman of the Citizens Committee for the Right to Keep and Bear Arms.

“Gun owners no longer feel highly threatened by the Obama administration or by a future Hillary Clinton administration,” Mr. Gottlieb said. “As a result, the rush to buy guns is no longer there.” [ Source: Washington Times (Read More…) ]