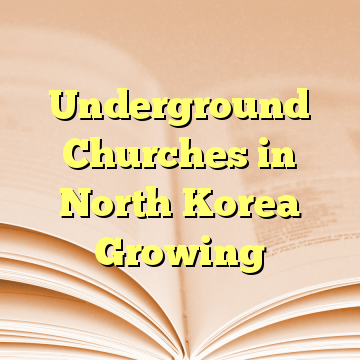 (Worthy News) – Christianity is spreading in North Korea as more North Koreans are rejecting the regime of Kim Jung-un and searching for faith a defector told The Telegraph.

“Officially sanctioned persecution of people for religious reasons is still there and, I would say, even stronger than before”, the defector told The Telegraph.

But subtle changes are slowly becoming visible, said the defector, who declined to be named as he is active in assisting underground churches operating in the North.

“In some places, that has led to the emergence of shamens, but the Christian church is also growing and deepening its roots there”, he said.

“Even though people know they could be sent to prison – or worse – they are still choosing to worship, and that means that more cracks are appearing in the regime and the system”, he added. [ Source (Read More…) ]