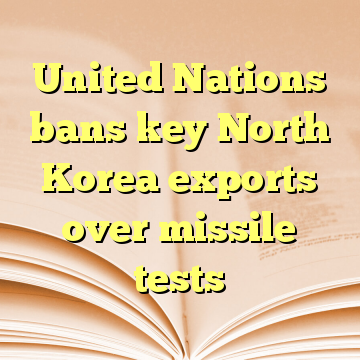 “We should not fool ourselves into thinking we have solved the problem. Not even close. The North Korean threat has not left us, it is rapidly growing more dangerous,” U.S. Ambassador to the United Nations Nikki Haley told the council. [ Source (Read More…) ]