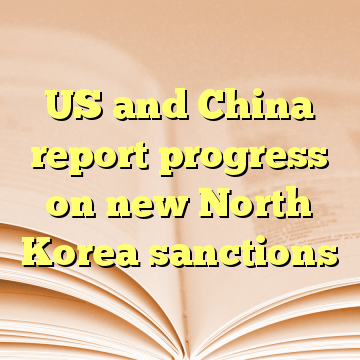 (Worthy News) – The United States and China said Tuesday they are making progress on a new U.N. resolution that would impose additional sanctions against North Korea following its test of an intercontinental ballistic missile.

The U.S. gave China a proposed resolution several weeks ago, and U.S. Ambassador Nikki Haley told reporters that China has been negotiating with its close ally Russia on possible new sanctions.

“The true test will be what they’ve worked out with Russia,” she said. [ Source:Washington Times (Read More…) ]