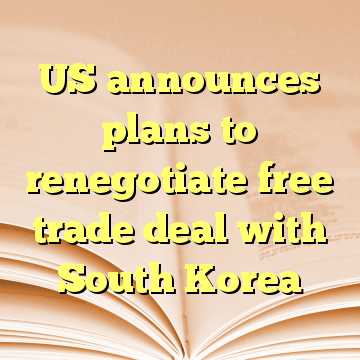 (Worthy News) – The United States notified South Korea on Wednesday that it plans to renegotiate its free-trade agreement with Seoul and called for a meeting to be held next month.

US Trade Representative Robert Lighthizer said that Washington wants to meet to discuss “possible amendments and modifications” to the deal in a letter to South Korean Trade Minister Joo Hyung-hwan.

The terms of the US-Korea Trade Agreement (KORUS) – which went into effect five years ago under President Barack Obama – call for the talks to begin within 30 days, although no date has been set yet. [ Source: Deutsche Welle ]