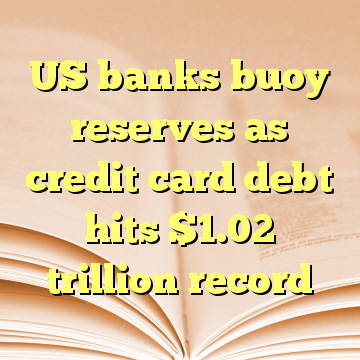 But it also raises the risks that customers won’t be able to repay what they’ve borrowed, which may prompt the largest U.S. lenders to boost reserves against losses by an average of 3 percent when they begin reporting financial performance for the end of 2017 on Friday, estimated Susan Roth Katzke, an analyst at Credit Suisse.

Average loss rates on credit card accounts at three of the largest U.S. banks, JPMorgan Chase, Bank of America, and Citigroup, may have reached 2.46 percent in the three months through December, Katzke said in a report on Monday. That’s an increase of less than 1 percent from the three months through September, reflecting relatively stability. [ Source: Washington Examiner (Read More…) ]