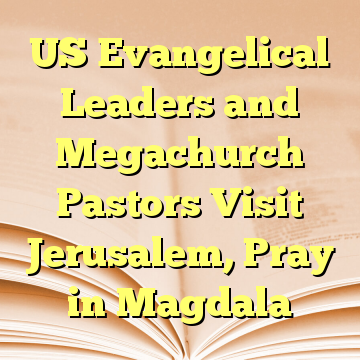 (Worthy News) – More than a dozen evangelical leaders and megachurch pastors from the United States have come together in the biblical city of Jerusalem this week to meet with political, religious and business leaders and to experience parts of Israel they have never seen before.

The trip has been planned for over a year-and-a-half as they were invited as guests of Israel’s Ministry of Tourism, according to one evangelical leader participating in the trip who spoke with The Christian Post on Monday. [ Source: Christian Post (Read More…) ]