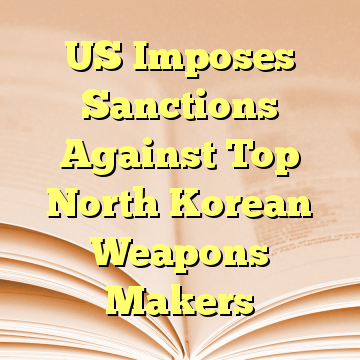 (Worthy News) – The United States has imposed new sanctions on two of North Korea’s key figures in its weapons program.

The sanctions by the Treasury Department mean that any assets Kim Jong Sik, a veteran rocket scientist, and Ri Pyong Chol, a former senior air force commander, hold in the United States can be seized and that Americans are prohibited from dealing with them.