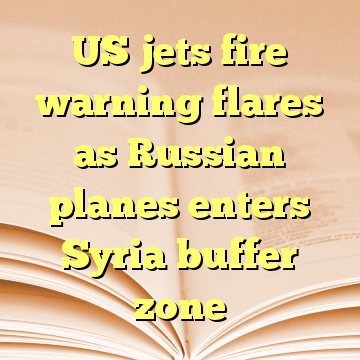 “The F-22s conducted multiple maneuvers to persuade the Su-25s to depart our de-conflicted airspace, including the release of chaff and flares in close proximity to the Russian aircraft and placing multiple calls on the emergency channel to convey to the Russian pilots that they needed to depart the area,” he said. [ Source: Times of Israel (Read More…) ]