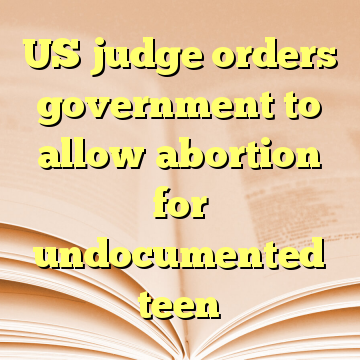 (Worthy News) – A 17-year-old immigrant who was detained after entering the country illegally should not be “obstructed” by government officials from having an abortion, a US federal judge ruled on Wednesday in Washington DC.

Judge Tanya Chutkan ordered US President Donald Trump’s administration to move “promptly and without delay” to transport or allow the teen to be brought by others to the abortion provider closest to her shelter in Texas.