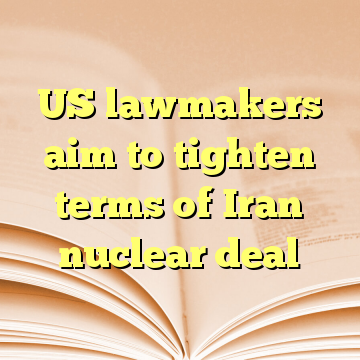 (Worthy News) – A bill was introduced in the US House of Representatives on Thursday aimed at tightening the terms of the Iran nuclear deal, despite Tehran’s rejection of changes to the accord.

US President Donald Trump has repeatedly criticized the agreement aimed at curbing Tehran’s nuclear program, which was signed under his predecessor Barack Obama’s administration.

The “Iran Freedom Policy and Sanctions Act” was introduced by Peter Roskam and backed by Liz Cheney, two Republicans in the US House of Representatives. [ Source: Times of Israel (Read More…) ]