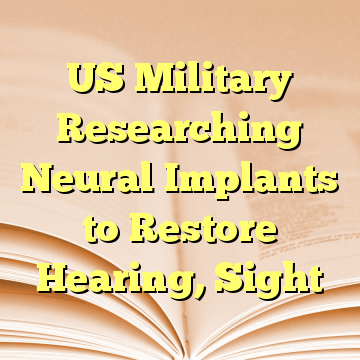 (Worthy News) – DARPA, the research arm of the U.S. military, has awarded contracts to five organizations for the development of neural implants that could enable brains to communicate with computer interfaces to restore sensory performance — primarily speech, hearing and sight, DARPA representatives announced today (July 10) in a statement.

Scientists will investigate the role of neural networks operating within specific brain regions — down to the level of individual neurons — in order to understand how brains process sensory input. The researchers will also develop technologies and algorithms capable of both interpreting and generating signals in the brain, according to DARPA. [ Source ]