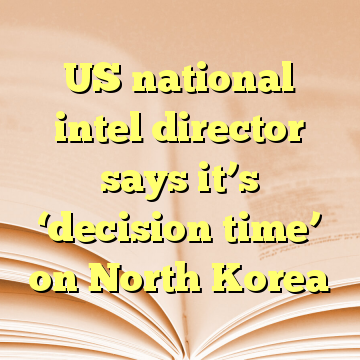 (Worthy News) – The U.S. director of national intelligence warned on Tuesday that time was running out for the United States to act on the threat posed by North Korea’s nuclear weapons program.

“Decision time is becoming ever closer in terms of how we respond to this,” Coats said. “Our goal is a peaceful settlement. We are using maximum pressure on North Korea in various ways.” [ Source: Reuters (Read More…) ]