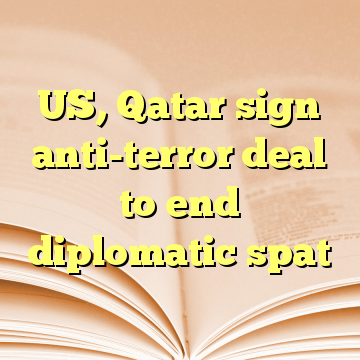 (Worthy News) – US Secretary of State Rex Tillerson has announced an agreement with Qatar targeting the financing of extremist groups. The tiny Gulf country has been shunned by its neighbors over its alleged backing of terrorism.

Tillerson, who is in the Middle East in an effort to help resolve Qatar’s diplomatic crisis with Saudi Arabia, the United Arab Emirates, Bahrain and Egypt, said on Tuesday the Doha government had been “reasonable” in the ongoing dispute.

Announcing a deal with Qatar to restrict terrorism financing that he said had been a year in the making, the US Secretary of State said similar deals could be signed with the other Arab countries as a step toward ending the diplomatic standoff. [ Source ]