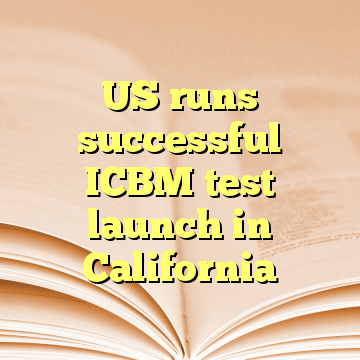 An unarmed Minuteman III missile was launched from Vandenberg Air Force Base at 2:10 a.m. local time and traveled about 4,200 miles to the Kwajalein Atoll in the Marshall Islands.

“While not a response to recent North Korean actions, the test demonstrates that the United States’ nuclear enterprise is safe, secure, effective and ready to be able to deter, detect and defend against attacks on the United States and its allies,” said a statement from the U.S. Air Force Global Strike Command. [ Source (Read More…) ]