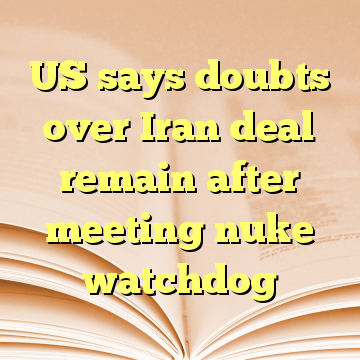 (Worthy News) – The United States still has doubts and concerns over the nuclear deal with Iran, the US ambassador to the United Nations said Wednesday, after a meeting with atomic officials intended to allay American anxieties over the landmark accord.

Nikki Haley also said the US is determined to ensure the UN’s International Atomic Energy Agency has the resources it needs for “robust verification of nuclear-related activities in Iran.”

Haley met behind closed doors in Vienna Wednesday with IAEA Director General Yukiya Amano to be briefed on Iran’s compliance with the nuclear agreement, which US President Donald Trump has called into question, drawing threats from Iran of restarting its high-enrichment program. [ Source (Read More…) ]