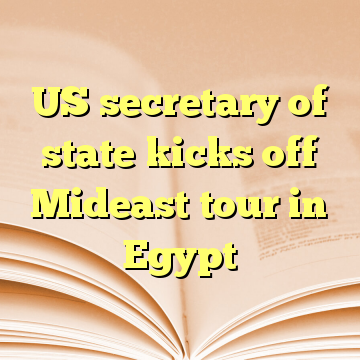 (Worthy News) – US Secretary of State Rex Tillerson flew into Egypt on Sunday at the start of a five-nation tour that coincides with heightened regional tension, as well as unease over the Trump administration’s Mideast policies.

His arrival in Cairo came one day after Israel carried out a wave of airstrikes in Syria, having intercepted an Iranian drone that infiltrated its airspace and an Israeli F-16 was downed upon its return from Syria. It was the most serious Israeli engagement in Syria since the war there began in 2011.

Despite the weekend’s events, Tillerson will not stop in Israel, where no visit had been originally scheduled. [ Source: Times of Israel (Read More…) ]