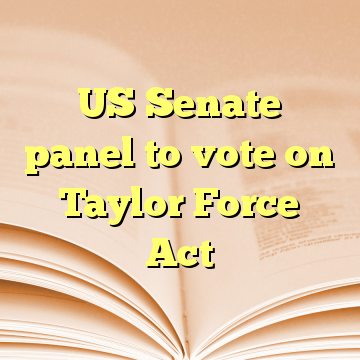 (Worthy News) – The US Senate Foreign Relations Committee will vote on Thursday morning to proceed with the Taylor Force Act, after its leadership made significant revisions to the legislation in consultation with the Trump administration, Israel and the Palestinian Authority.

The bill – which threatens to cut aid to the PA should it continue with its program of paying staying stipends to Palestinians convicted of terrorist acts by Israel, and to the families of slain terrorists – was originally drafted exclusively by Republican lawmakers. But its language has been amended in an effort to broaden support and provide the executive branch with flexibility in punishing the PA.

The revised bill would compel the State Department to cut off funding to the PA, but “spells out the steps by which payments to the PA could resume,” said the office of Sen. Lindsey Graham, Republican of South Carolina, who authored the legislation. [ Source (Read More…) ]