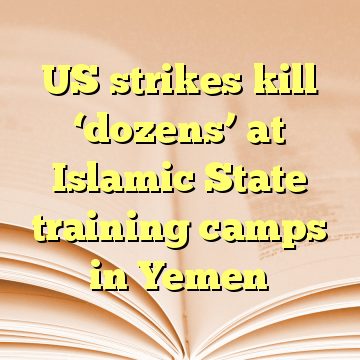 (Worthy News) – The US military said Monday it killed dozens of Islamic State fighters at the group’s training camps in central Yemen, in the first such strikes in the country’s conflict.

Witnesses said villagers were prevented by tribal leaders from approaching the area and retrieving the dead and wounded for fear of additional strikes.