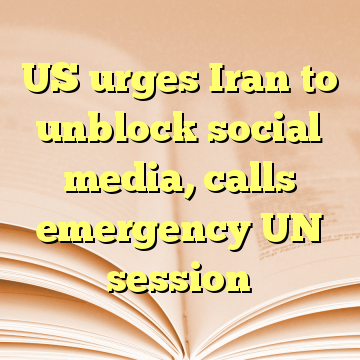 (Worthy News) – US envoy to the UN Nikki Haley on Tuesday called for emergency sessions of the United Nations Security Council and Human Rights Council to discuss the Iranian protests and the government’s reaction.

Speaking at the UN, Haley called on Iran to unblock social media sites used by anti-government protesters to organize their demonstrations and on “freedom-loving” nations to rally to their cause after violent unrest gripped the Islamic Republic for a fifth day.

Reading the slogans of protesters from outside the Security Council, Haley rejected claims from Iranian leaders that “foreign enemies” were behind the demonstrations. [ Source: Jerusalem Post (Read More…) ]