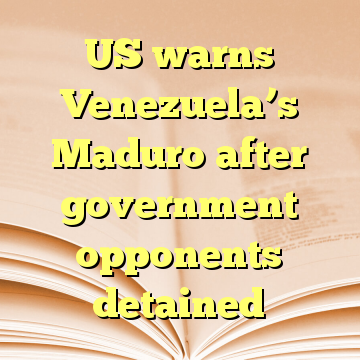 (Worthy News) – Donald Trump has warned Venezuelan President Nicolas Maduro that he will be held “personally responsible” for the safety of two opponents who were jailed on Tuesday.

Leopoldo Lopez, 46, and Antonio Ledezma, 62, had already been under house arrest when they were apparently detained in the early hours of Tuesday.

It comes after a controversial vote to give Mr Maduro sweeping new powers that many fear will turn his tight grip on the country into a dictatorship. [ Source (Read More…) ]