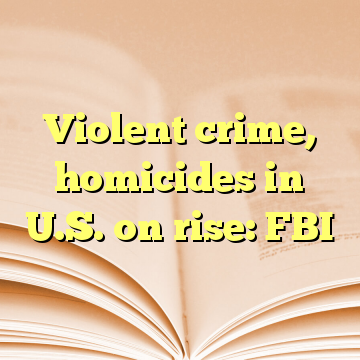 (Worthy News) – Violent crime rose by 4.1 percent and homicides by 8.6 percent in 2016, according to FBI crime data released Monday, marking a second straight year of increases.

While the violent crime rate is still low by historic standards, the Justice Department said the 2016 increase was the largest in 25 years, and it underscores Attorney General Jeff Sessions’ warnings of an impending surge.

“For the sake of all Americans, we must confront and turn back the rising tide of violent crime. And we must do it together,” Mr. Sessions said. [ Source (Read More…) ]