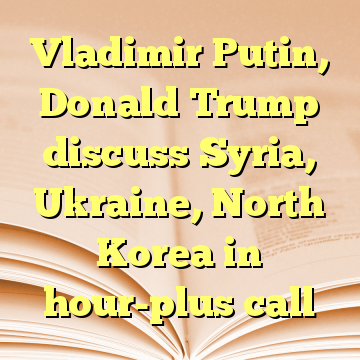 (Worthy News) – US President Donald Trump described the conversation with the Kremlin chief as a “great call” and said the two leaders spoke “very strongly about bringing peace to Syria.”

During the call on Tuesday, the Russian president told Trump of “the main results” of his earlier meeting with Syrian President Bashar Assad, the Kremlin said. Putin had discussed the civil war with the Syrian leader in Sochi on Monday.