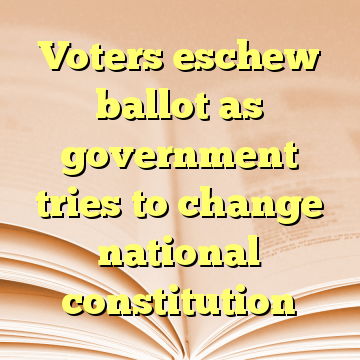 (Worthy News) – The majority of Venezuelans on Sunday apparently refused to select members of a legislative body on whose purpose — to rewrite the country’s constitution — they never got to vote.

With the opposition declining to field candidates in an election it deemed yet another power grab by President Nicolas Maduro, turnout was seen as the most viable measure to gauge the support his embattled government was still able to muster.