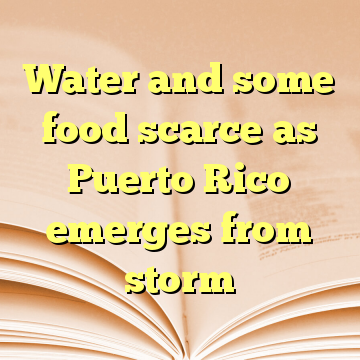 (Worthy News) – Supermarkets are gradually re-opening in hurricane-ravaged Puerto Rico but the situation is far from normal and many customers are going home disappointed.

Most food stores and restaurants remain closed. That is largely because power is out for most of the island and few have generators or enough diesel to power them. The shops that were open Monday had long lines outside and vast empty shelves where they once held milk, meat and other perishables. Drinking water was nowhere to be found.

Mercedes Caro shook her head in frustration as she emerged from the SuperMax in the Condado neighborhood of San Juan with a loaf of white bread, cheese and bananas.

“There is no water and practically no food,” she said. “Not even spaghetti.” [ Source (Read More…) ]