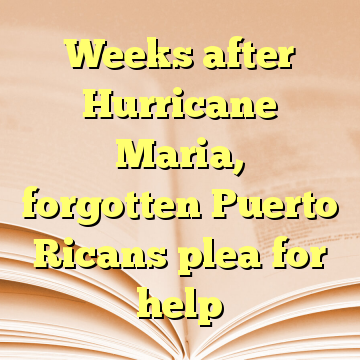 The Post spent three days traveling along the destructive path the eye of the storm took across the island, and only witnessed one instance of federal aid distribution.

Eighty-four percent of the island remains without power, and only 63 percent of residents have clean drinking water.

While thousands of containers of supplies have been brought to San Juan’s port, transporting those goods to Puerto Ricans in remote and mountainous areas has proven difficult — initially because roads and bridges were entirely destroyed by the storm. [ Source: NY Post (Read More…) ]