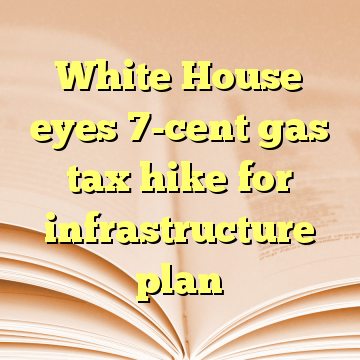 (Worthy News) – The White House may back the first hike in the federal gasoline tax in decades in order to pay for President Trump’s $1 trillion infrastructure package.

Trump’s economic adviser Gary Cohn told moderate House lawmakers at a private meeting on Wednesday that they’ll get a chance to vote on a gas tax hike early next year as part of an infrastructure bill, according to two lawmakers who were present. The discussion over the fuel tax during the meeting was first reported by Politico Playbook.

“Cohn seemed receptive to it,” one meeting participant told The Hill. [ Source: The Hill (Read More…) ]