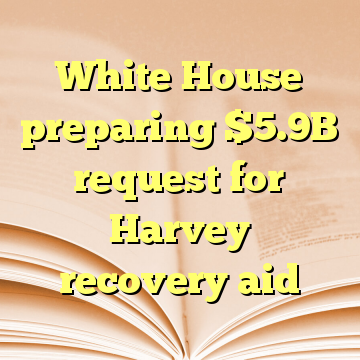 (Worthy News) – The White House has prepared a request to Congress for an initial $5.9 billion package in Harvey recovery aid, a first down payment to make sure recovery efforts over the next few weeks are adequately funded.

The Trump proposal, which is being finalized pending White House consultations with key Republicans, promises to represent just a fraction of an eventual Harvey recovery package that could rival the $100-billion-plus in taxpayer-financed help for victims of 2005’s Hurricane Katrina.

A senior administration official said the plan will be sent to Congress on Friday and House and Senate votes appear likely next week. The official was not authorized to release the information publicly before a final decision is made and spoke on condition of anonymity. [ Source (Read More…) ]