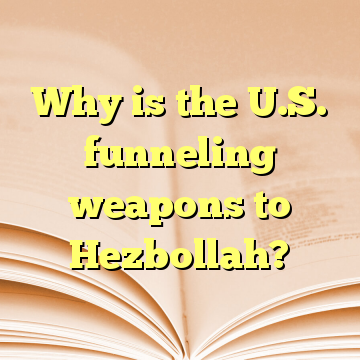 (Worthy News) – On Monday, the U.S. Embassy in Lebanon announced the planned shipment of 32 M2A2 Bradley Fighting Vehicles from America to the Lebanese Armed Forces (LAF), at an “investment” of $100 million.

Meanwhile, our soldiers have been working with them and training them on how to use a number of other weapons systems that have been transferred to the Lebanese army over the past year. They include howitzers, grenade launchers, machine guns, mortars, hellfire missiles, night vision devices, and thermal sights technology.

At this point, any thinking person should be asking that, given that Lebanon is controlled by Hezbollah, and is a client state of Iran, doesn’t this mean that we are essentially arming Hezbollah? [ Source (Read More…) ]