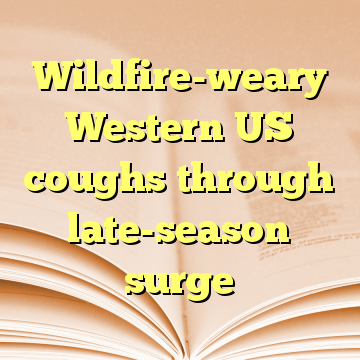 (Worthy News) – The smoke, the flames, the aching lungs, the evacuations. They’re summertime facts of life in the U.S. West, where every wildfire season competes with memories of previous destruction.

This year was supposed to be mild after an extremely wet winter and spring but has ended up one of the worst in U.S. history in land burned. The foliage that sprouted from previous rain and snow has gone bone-dry in intense heat, feeding flames in places that have not seen downpours in months and strangling cities with smoke.

The biggest fires came a little later than usual in some states, after Labor Day, when the fire season traditionally starts to peter out. [ Source (Read More…) ]