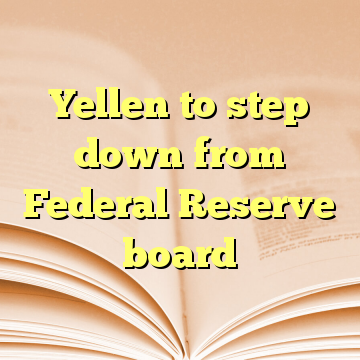 (Worthy News) – Janet Yellen on Monday submitted her resignation from the Federal Reserve board to US President Donald Trump, announcing that she will leave the board when her successor is sworn in as Fed chairman.

In a letter to the president, Yellen said she would “do my utmost” to make sure that there is a smooth transition to Jerome Powell, who was tapped by Trump on November 2 to become the next Fed leader after the president decided not to offer Yellen a second term.

Yellen’s decision gives Trump the chance to fill five positions on the Fed’s seven-member board, in addition to picking Powell to be the next Fed chairman, all in his first year in office. Board member Lael Brainard will be the only Fed board member not nominated by Trump, meaning his selections will have tremendous influence in setting the country’s future monetary policy. [ Source: Times of Israel (Read More…) ]