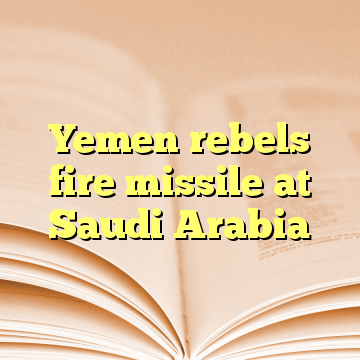 (Worthy News) – Houthi fighters announced they had fired one in the direction of the city of Najran, which Saudi authorities confirmed was intercepted.

Rebel-run Al Masirah TV said the missile hit its target with “high accuracy” and then claimed that another had been fired.