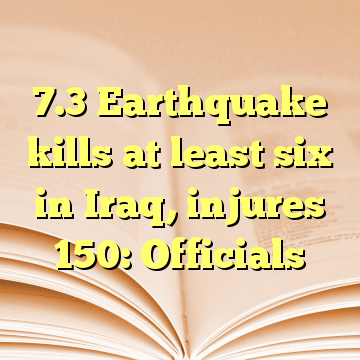 (Worthy News) – A powerful earthquake that rocked northeastern Iraq on Sunday (Nov 12) killed at least six people and injured 150 others in the country, officials said.

Another two people were killed in Kalar, according to the director of the hospital in the town about 70 kilometres south of Darbandikhan.

The US Geological Survey said on its website that the 7.3-magnitude earthquake struck 30 kilometres southwest of Halabjah at 9.18pm (2.18am Singapore time Monday). [ Source: Channel News Asia (Read More…) ]