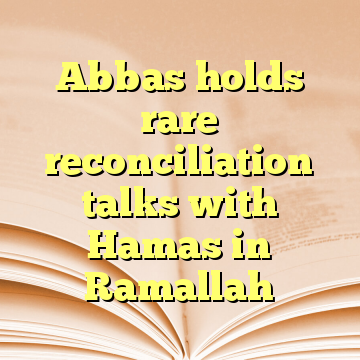 (Worthy News) – Palestinian Authority President Mahmoud Abbas on Tuesday held a rare meeting in Ramallah with a delegation from rival Hamas over possible reconciliation between the battling Palestinian factions.

The meeting, held at the PA’s headquarters in Ramallah, came amid reports that lightning talks aimed at restoring PA control in Gaza and getting the PA to lift sanctions against Hamas in the Strip are underway. The talks were initiated by Abbas, according to London-based pan-Arabic daily Rai al-Youm.