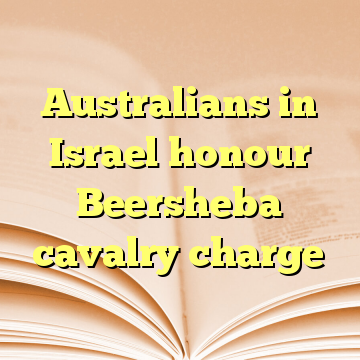 (Worthy News) – It was billed as a re-enactment of the charge of the Light Horse at Beersheba but it ended up being a gentle walk.

Thousands of Australians had gathered in stands at a dust bowl called Be’ersheva River Park, where the Australian mounted troops began the charge that stormed the town a century ago.

A band played the Australian classics On The Road To Gundagai and Click Go The Shears along with a modern composition of bush poetry set to music which described the ride.