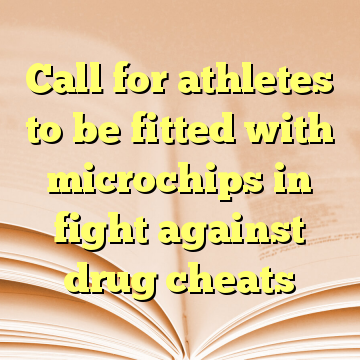 (Worthy News) – Athletes need to be fitted with microchips, in a similar way that dogs are, in the fight against drug cheats in sport, according to a leading representative of international sports people.