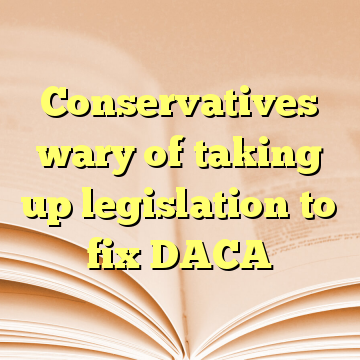 (Worthy News) – Conservatives in the House indicated Monday they aren’t thrilled with the idea of considering legislation to salvage former President Barack Obama’s Deferred Action for Childhood Arrivals program, something that could happen under President Trump’s plan to end the program after giving Congress six months to come up with a replacement.

A delayed termination of the controversial program is a clean way out for Trump, who said during the campaign he would immediately end the program and has since softened that position.

But for conservatives in Congress, Trump’s move to hand the issue over to lawmakers threatens to become a significant interruption this fall and into next year, time they were hoping to use to finally advance major pieces of their stalled agenda. [ Source (Read More…) ]