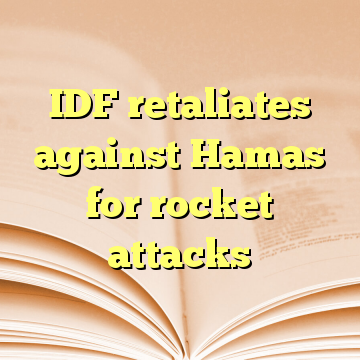 Earlier tonight, rocket sirens were heard in the Hof Ashkelon and Sha’ar HaNegev regional councils, as well as the city of Sdreot, when two rockets were fired from the Gaza Strip toward Israel. The IDF confirmed the rockets did not reach Israeli soil and the Al-Tawheed Brigade, a Jihadist Salafi group, claimed responsibility for the rockets.